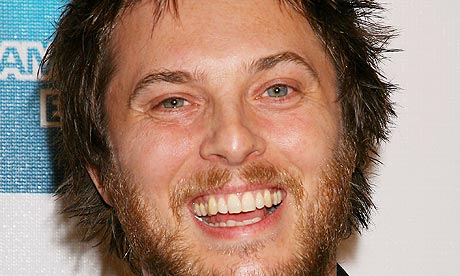 It sounds like a good plot on its own: the son of David Bowie wants to direct a movie based on the incredibly popular online fantasy role-playing game, WORLD OF WARCRAFT, but the rights belong to the guy who directed the EVIL DEAD trilogy. Duncan Jones has said as much, expressing envy over the fact that Sam Raimi might get first crack at directing the WORLD OF WARCRAFT film.

Raimi had been planning to direct a WORLD OF WARCRAFT film, but stuck it on the back burner in order to direct a WIZARD OF OZ prequel. It is very likely that Raimi will at least be a producer on the project, but there is no guarantee that he will choose to direct WARCRAFT after OZ. This could give Jones an opportunity to slide into the director's chair.

Jones, a huge gamer who really means it, waxed poetic to Badass Digest on his theory of transferring games to the silver screen. "I definitely think there is an intangible aspect of video games in the interactivity that a film is never going to capture...But that is not what a game adaptation needs to be. A good game adaptation is where you find the story or the emotional aspect that’s at the heart of a computer game and you replicate that on film. It doesn’t mean you need to have first person perspective or try and capture the mechanics of a game. If you’re going to make a film of a game it’s got to be about the essence of why you, the audience, care what’s going on. There are certain games where that will work, and there are certain games where it doesn’t." END_OF_DOCUMENT_TOKEN_TO_BE_REPLACED

My my, how things change. Roughly a month ago, it was widely reported that director Sam Raimi was set up to helm OZ: THE GREAT AND POWERFUL for Disney, but now in a brief exchange with MTV Movies, Raimi says that while they are talking about making the film, no firm agreements have been made, giving him more time to....play Warcraft. Although he may call it "research"...research that must be completed before he can commence shooting on the planned adaptation of Blizzard's massively popular massive multiplayer online role playing game World of Warcraft: END_OF_DOCUMENT_TOKEN_TO_BE_REPLACED

Sam Raimi is easily one of the biggest names in geek cinema. His EVIL DEAD series are among the most fun movies of all time and his take on SPIDER-MAN brought international blockbuster status to a character once reserved for fans of the comic books. Naturally, I was incredibly excited to hear news that Sam Raimi was going to be directing the WORLD OF WARCRAFT movie.

Raimi recently spoke to Collider about the work he's been doing on WARCRAFT. Check out what he had to say, after the break.

END_OF_DOCUMENT_TOKEN_TO_BE_REPLACED

Wait. If you listen very carefully, you can hear the dreams of billions of nerds coming true.

That's right, Gordon and the Whalers, our first real piece of proof of existence for the WORLD OF WARCRAFT movie is here. It has arrived in the form of some beautiful early concept art for the great and mighty Night Elf tree (can you tell I'm a fan?) Teldrassil. Check it out after the break! END_OF_DOCUMENT_TOKEN_TO_BE_REPLACED

During a recent interview with MTV, Sam Raimi revealed who was writing the upcoming WORLD OF WARCRAFT that he is set to direct. While answering a question, Raimi accidentally mentioned that the project’s screenwriter was Robert Rodat. The exact quote was:

"We would have our writer, Robert Rodat, really craft an original story within that world that feels like a 'World of WarCraft' adventure. Only obviously it's very different 'cause it's expanded and translated into the world of a motion picture."

Also, according to the article, this revelation was confirmed to be true by Rodat’s agent. Rodat wrote the screenplays for SAVING PRIVATE RYAN and THE PATRIOT. Based on SAVING PRIVATE RYAN alone, I believe many would feel Rodat is at least a competent screenwriter, even with a limited resume (the only other feature films he has written or co-written are TALL TALES and FLY AWAY HOME).

So, the WORLD OF WARCRAFT film has an Oscar-nominated screenwriter and daddy Raimi directing (you make films like the EVIL DEAD trilogy and DRAG ME TO HELL, and I will call you daddy, it’s only fair). The project sounds good to even a non “World of WarCraft” fan like myself.

Superman is a gamer.  Or more accurately, Brandon Routh is a gamer.  When he's not busy playing the Man of Steel in a lackluster reboot of the series, he's sitting at his computer leveling up his World of Warcraft character and battling all kinds of ghouls, ghosts, and goblins.

Now he's asking to be in the WORLD OF WARCRAFT flick that has Sam Raimi at the helm.  I'm already too much of a nerd without having to play WOW, so I'm pretty impartial about the whole thing, but I would love to know what you think. Take a look at the video at the link below and let me know how you feel about this.

AICN frontman Harry Knowles just reported from Comic-Con that Sam Raimi - the brilliant man who gave us the super cool EVIL DEAD franchise and SPIDERMAN trilogy - has signed on to direct WORLD OF WARCRAFT, the movie.

If anyone can transform a stale story with mythical creatures into a fun ride, it's Sam Raimi. It's just strange since Uwe Boll was first rumored to direct, and now we're told Sam Raimi is confirmed. That's like asking your buddy to borrow $5 bucks and your buddy hands you $100 dollar bill.

More news about the WORLD OF WARCRAFT movie will follow in the next few weeks.

Question: How do you feel about this?