The best look at THE AMAZING SPIDER-MAN yet; trailer attached to CAPTAIN AMERICA Update: Check out even more images from the Entertainment Weekly spread after the break! Thanks to ComingSoon.net.

ComicBookMovie (via Movies.com) got their hands on the spectacular special SPIDER-MAN issue of Entertainment Weekly before it hits newsstands tomorrow and it by far gives us our best look yet at Marc Webb's redux, not to mention Andrew Garfield as our friendly, neighborhood wall-crawlin' superhero. That is until next week, when (according to SuperHeroHype) we will finally get the first trailer for the film, to be attached to CAPTAIN AMERICA: THE FIRST AVENGER and reportedly clocking in at a 2 minute and 30 second runtime! And then of course there's Comic-Con, where all kinds of news will pour out once the proverbial flood gates are opened at the film's panel. But, until then, this should hold you over.

Along with the lot of gorgeous photos are some revealing tidbits about the film, like a nice little blurb about Spidey's mechanical web shooters and Webb's choice to right what many saw as the wrongs of Raimi & Co. when they gave the webhead organic shooters (I'm with that camp. Mechanical web-shooters reveal the genius that is Peter Parker!).

Check out the photos after the break, along with some pulled quotes from the article by Webb and star Andrew Garfield in which they discuss their new approach to a film adaptation of Spider-Man. 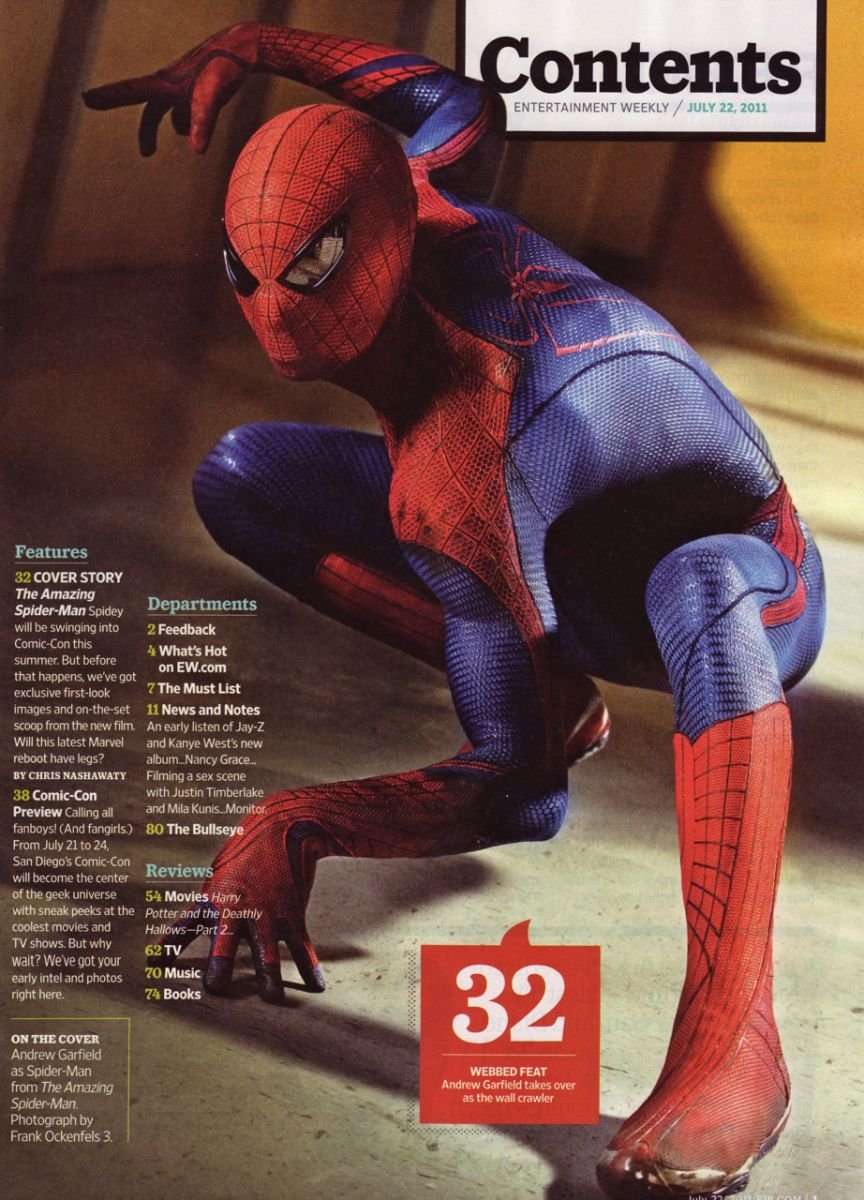 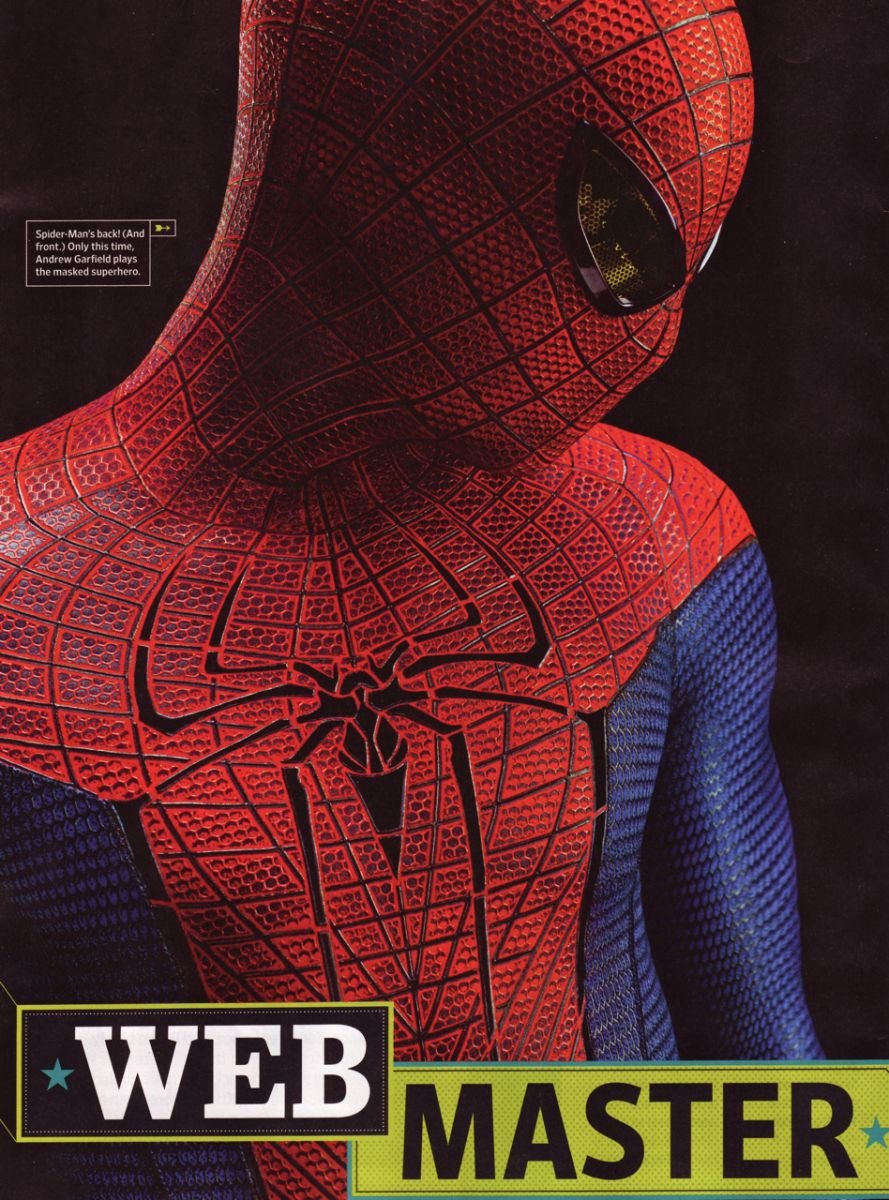 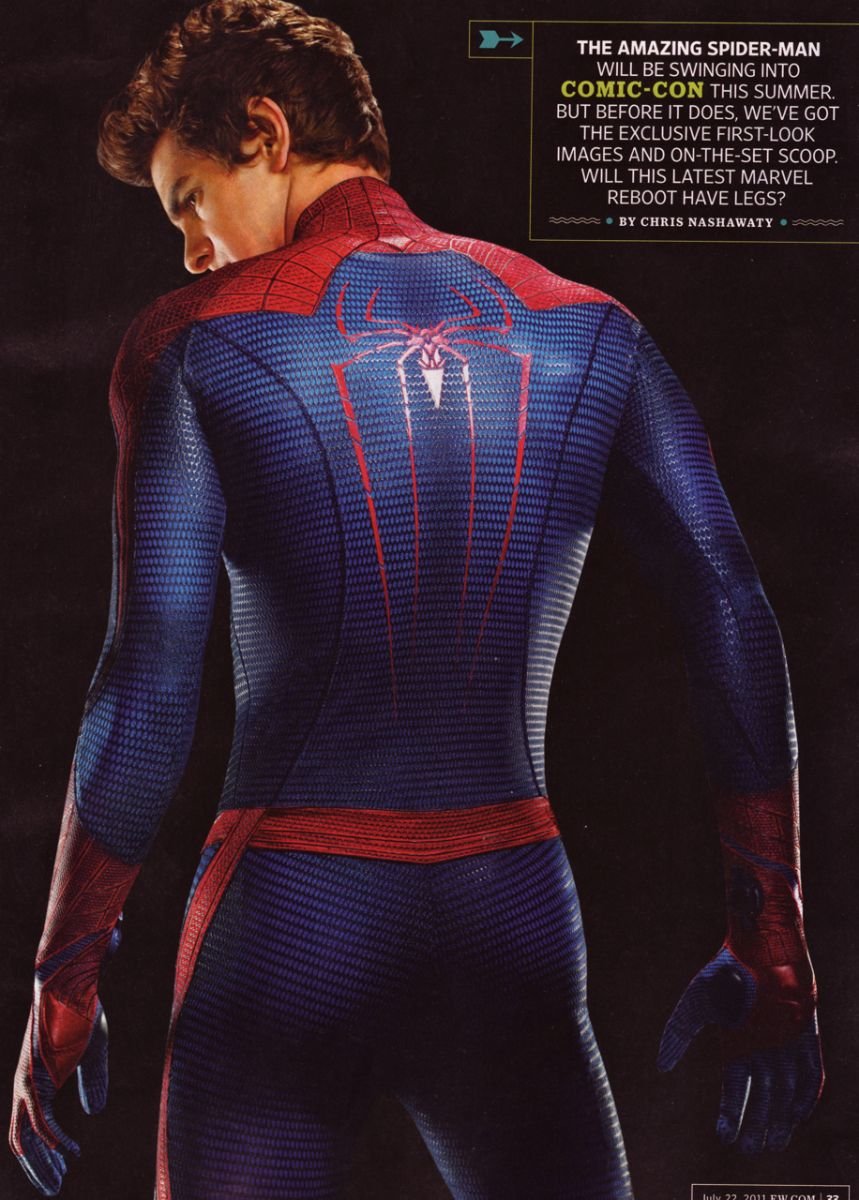 "Four years after Spider-Man 3, starring Tobey Maguire, The Amazing Spider-Man promises to be a "more contemporary," "more gritty," and "more character-driven" look at the comic book hero. He's a hero the 27-year-old Garfield knows well. Growing up, "I related to Peter Parker [Spidey's alter ego] so much because I felt like someone else inside," he says. "I loved the comic books and the animated TV series and I even dressed up as Spider-Man as a kid." 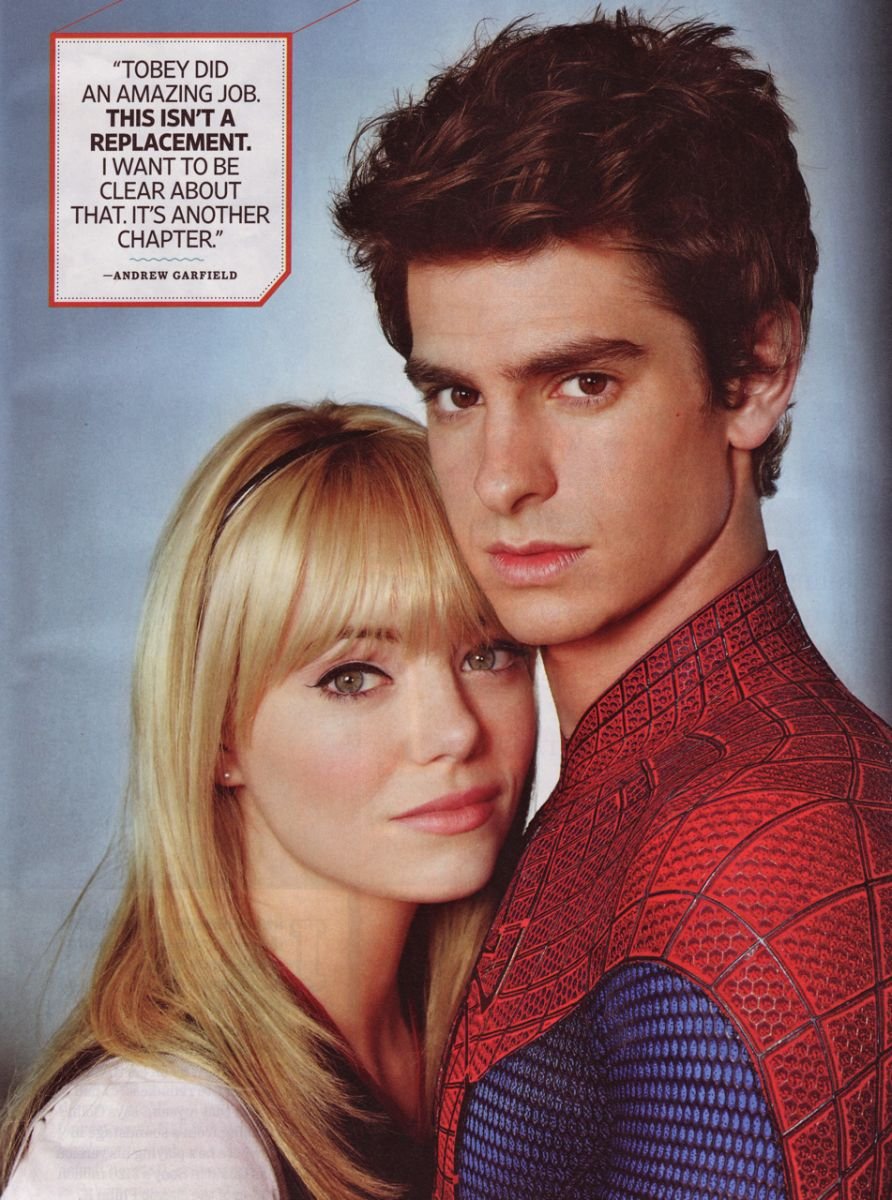 "Ultimately what this movie is about is a kid who grows up looking for his father and finds himself. And that's a Spider-Man story we haven't seen before." - Marc Webb 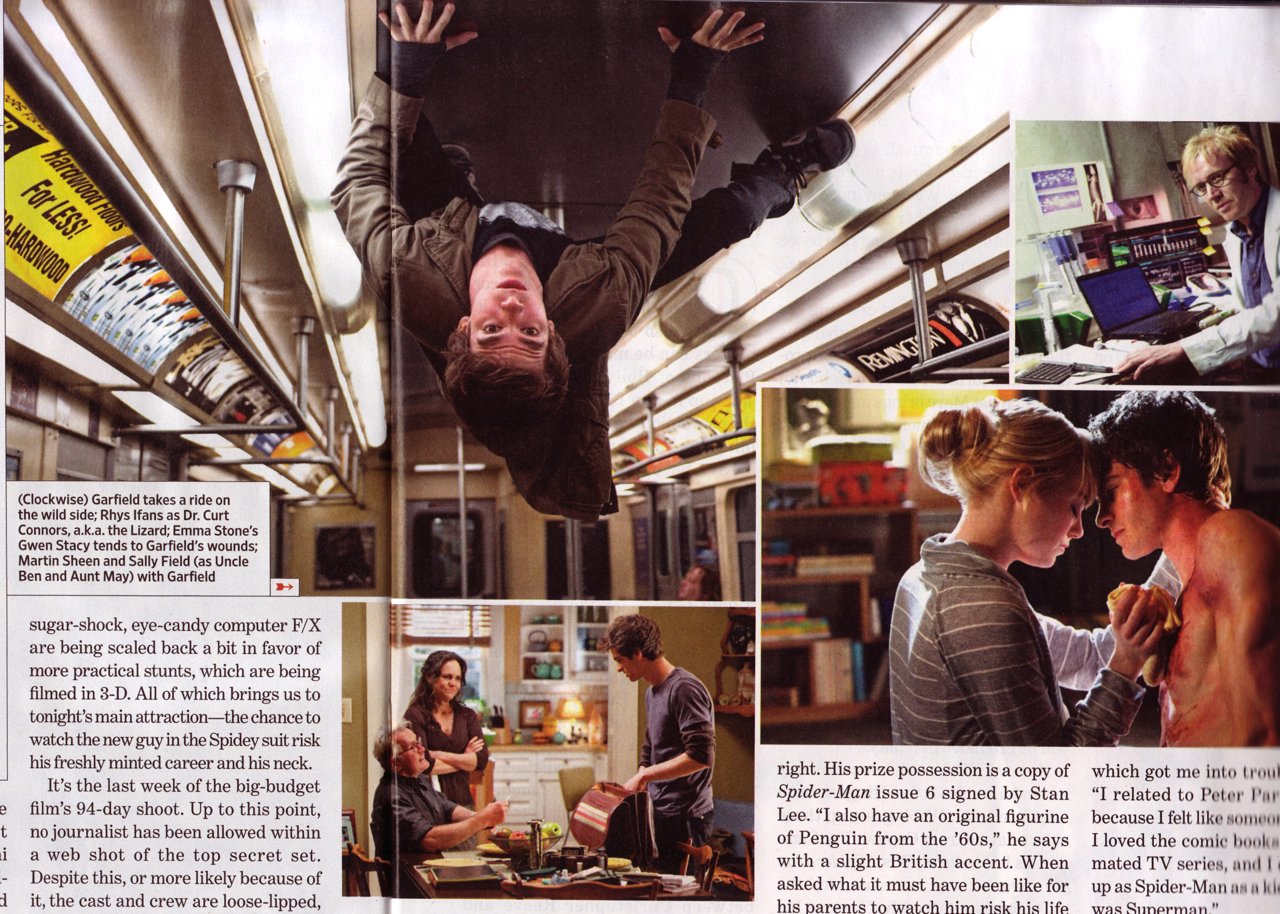 EW also confirmed what we've thought and known all along; we will indeed see Rhys Ifans' Dr. Curt Connors transform into the villainous Lizard.